“See to it, Ione, that none of those around you has a sinful, unbelieving heart that turns away from the living God. But encourage one another daily, as long as it is called Today, so that none of you may be hardened by sin’s deceitfulness.” I have decided to be thoughtfully courageous today and share something that has been burning in my heart for a while now. I wrote this a few months ago and thought I would share it! No offense is meant by this post but I think this is something that needs to be addressed, especially in today’s Christian culture.

I see parallels in the book of Daniel that relate to us today. Daniel was called to be set apart. It became increasingly difficult as Israel came under Babylonian rule. The king was forcing the Israelite’s to assimilate into their culture and ways even though this was against most of God’s teachings. Daniel, Hananiah, Mishael, and Azariah were called into the king’s service because the king had found favor in them. Despite their higher ranking, they still knew God had called them to be set apart from the rest. They knew that they could not give into what was being asked of them to do because it was unpleasing to the Lord. They tapped into God’s power. I mean, the king almost killed a bunch of wise men because they could not tell him what he dreamed last night. That’s crazy! The king ordered these men to read his mind from a day ago. Daniel tapped into the power of God and God delivered. These guys did not give in or make excuses while the culture around them pressured and pressured them to do so. They stayed true to God through all of it, even on the walk to the giant oven. God will always take care of us and we always can trust that yet we don’t. We shy away, all the time. It would be so much easier to just give into what the rest of the world is doing right? If Daniel, Shadrach, Meshach, and Abednego had just done what the king and the people had wanted them to do, they could have avoided all the pain and inconvenience. But being a follower of Christ is not an easy road, as so many try and sell it like that. It is tough. It requires a lot of strength, mind, body, and soul. If we tried to do it on our own, we wouldn’t last. We HAVE to stay connected to the energy source. We have been called to be different you guys. Set apart. We live in this world but we are not of it. We have a gift unlike any other yet choose to live like we don’t. We make the same mistakes over and over and over again. We make excuses, we say “well I’m only human” or “I’m not perfect” but is that a good enough excuse to stop trying (trying being the key word)? We aren’t idiots, we read the Bible, we go to church and we know exactly what it is we are supposed to do. So…do it? I just don’t understand how someone can claim this lifestyle that they clearly are not living. Listen to this, “Praise be to the God of Shadrach, Meshach, and Abednego, who has sent his angel and rescued his servants! They trusted in him and defied the king’s command and were willing to give up their lives rather than serve or worship any god except their own God.” Amen! I would love to have someone yell this about me. Wouldn’t you? Wouldn’t you want to be so fully devoted to God that it is obvious to everyone around you? This is how we should be living!

I want to challenge those who claim to be Christians. I want to challenge you to mean what you say. This shouldn’t even have to be a challenge yet it is. Being a follower of Christ means you give up yourself guys, for Him. He did that for us! It is a commitment, a devotion, a lifestyle change. “You, however, did not come to know Christ that way. Surely you hear of him and were taught in him in accordance with the truth that is in Jesus. You were taught, with regard to your former way of life, to put off your old self, which is being corrupted by its deceitful desires; to be made new in the attitude of your minds; and to put on the new self, created to be like God in true righteousness and holiness.”  Jesus is not just some guy who died a bunch of years ago, and rose from the dead. Like why is this so dull now? Why do Christians not understand that He ROSE FROM THE DEAD! Imagine if that happened now. I think Christians need to stop just sticking a label on themselves. What is the point of calling yourself a Christian if you don’t even want to put in the effort to back that up? All I am trying to do here is share what has been hurting my heart for a long time. I am heartbroken to see people living their faith in lukewarm water, with no idea how much of God they are missing out on! “Therefore, each of you must put off falsehood and speak truthfully to his neighbor, for we are all members of one body.” This is all I am trying to follow. God really put this on my heart to share with you all. 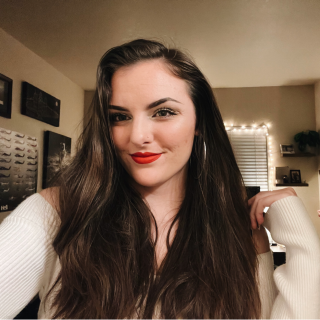 love driving through the mountains.
well, on the bright side, I got three months worth of curriculum done so far. I have a zoom conference with my babies tomorrow (I know right!?! Lil babies on zoom) & I’ve completed three books as well as a couple of paintings & am starting a new embroidery project. What unexpected amounts of free time! I don’t do so well inside & alone, so I’m actually quite proud of myself for pushing through this & not letting myself get stuck in a state of depression! & for you guys, don’t be hard on yourself during this time. It’s okay to take this time of rest & it’s okay to turn this into a time of productivity! ITS ALL OKAY! :) keep smilin wide! #happyandgapppy
oh it’s just us again doing something outside.
lot of water.
we may have gotten kicked out of our cabin, but life is still good cause ya know...trees exist. so yeah.
lenticular clouds made us pull over.
it’s snowing. & we have a cabin. i can quarantine like this.
good for the soul. real thankful for drives with you :)
today i sat in the parking lot just so I could be around people. someone plz teach me how to become introverted so I can better survive this lol...
%d bloggers like this: